the goose is getting fat; please put a penny in the old man’s hat.

Well of course if the goose is getting fat there is a fair chance it is going to end up as fois gras. And the old man is not going to be too happy if all you give him is a penny. The old nursery rhymes need updating and adjusting for a) political correctness and b) inflation.

Christmas is coming, the goose is being lovingly tended to live out its full life in a farmyard and please find the old man a light job in Homebase, so he doesn’t need to go out on the streets begging.

Nope. It doesn’t have the same snappy ring to it, does it? Be that as it may, Christmas is coming. You can’t avoid it. Our tree will be delivered on Friday and we will enjoy it until Twelfth Night. Unless the dog wrecks it. She has been to Dog-o-Spa today for her occasional pampering. Sadly, on arrival she disgraced herself and left a deposit. She clearly thought she was in Bank of America or Wells Fargo.

I of course avoid all this and traipse off, camera and tripod over my shoulder looking for something easy on the eye. And I’m afraid Lindsay Lohan wasn’t in the park this morning.  Thank heavens for small mercies. Instead I came up with today’s offerings. And unlike the mince pies they are not burnt. 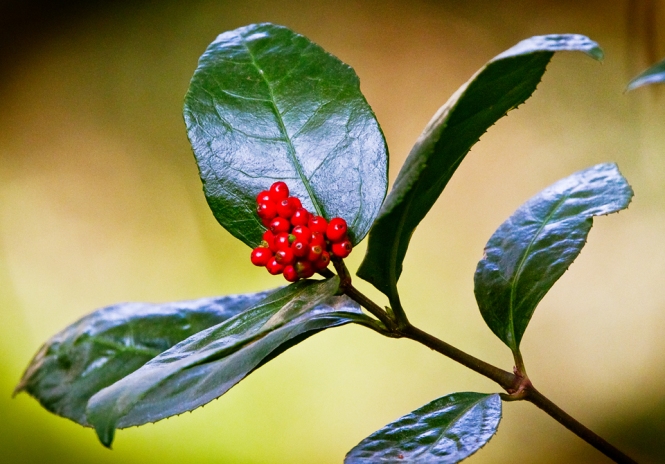 I have no idea whether this is holly or ivy but I have to say I’d be happy to deck the halls of Chateau Hardacre with this. Rather jolly I think, although we would have to test it for its effect on Lulu first.

And how about this?

A sprig or two of this would brighten even the darkest dungeon. Regular readers (says he optimistically – well there 40 hits for the eclipse article) will know that identifying plants is not my strong point. So how do I know this is Sand Pear? Because it says so on the sign next to the tree. Cunning eh?! Of course it could be a double bluff by those dastardly chaps at the Lion’s Nature Education Centre but I doubt it. I

I looked up “plants for Christmas” in a well-known search engine beginning with G and it offered me something called Bow Diddley. That and a hundred thousand Poinsettia. Personally I’d opt for the “Clarence Frogman Henry Christmas Cactus”. I don’t why but I don’t think Bo would mind.

Now I used to have a fairly low opinion of plant photography. It was too easy. They don’t move, they don’t hide in the undergrowth or fly when you try to focus on them. They blow in the wind a bit. That’s it. But seeing some of the work of real photographers I have changed my mind. I think plants are rather stunning when done well. And they are at least reliable. Unlike the Hair-crested drongo flock I was looking for this morning.  Any bird bearing the scientific name Dicrurus hottentottus is asking for trouble in my view. Wiktionary describes the word Hottentot as archaic or offensive. I plead guilty on both counts but draw the line at Hottentot unless it has a drongo in tow. And so I was just about to give up my morning safari and adjourn to the East Wing for a coffee when suddenly I saw three of the chaps flitting about in the trees near the exit path. And would they come out into the open for a portrait? I should think not. This is the best I could manage. This is what one of my readers flatteringly calls a ‘bird in habitat’ shot. 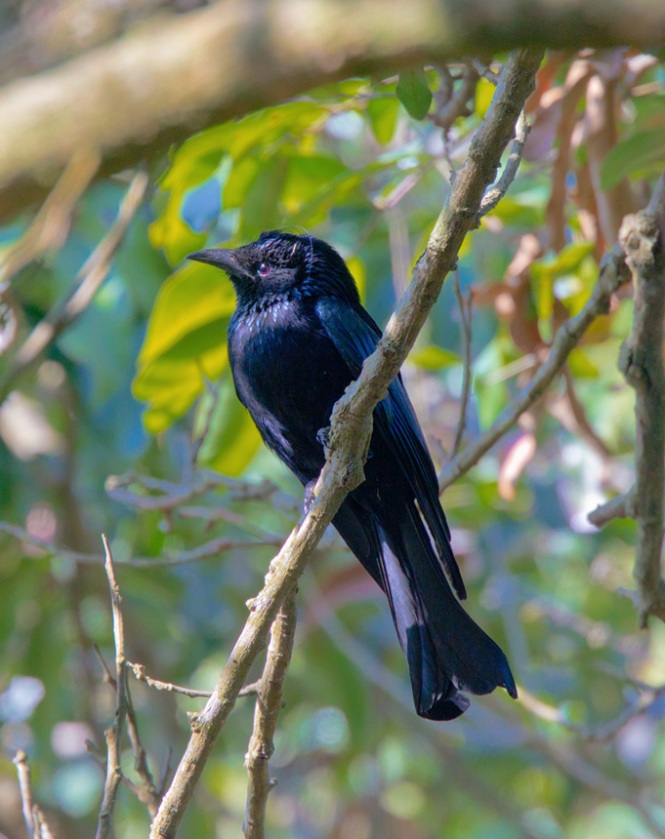 If you look very, very carefully you can just see the hair-crested bit. It looks like a Bobby Charlton comb-over as if he too were hiding the blindingly obvious bald pate sported by the venerable Sir Bobby and indeed that fine Burnley player, Mr. Ralph Coates.

3 thoughts on “Christmas is coming………”