I was going to close for November but as I was in experimenting mood I thought I would have a go at the Dragan style. I had of course heard of Gangnam Style but I confess until I saw this web page here I was unaware of the work of  Andrzej Dragan. Supposedly I am trying to find my individual style not copy that of others but it was also a useful learning exercise, seeing how this was done and indeed how simple it is.

I chose a picture from my Cambodia trip. I have had several goes at this and all have disappointed me. Possibly the raw material is simply not good enough. I am not sure yet whether this succeeds in my mind or not. That alone probably tells me it isn’t a success but for what it is worth, here is a visiting monk, who kindly agreed to let me take his portrait. 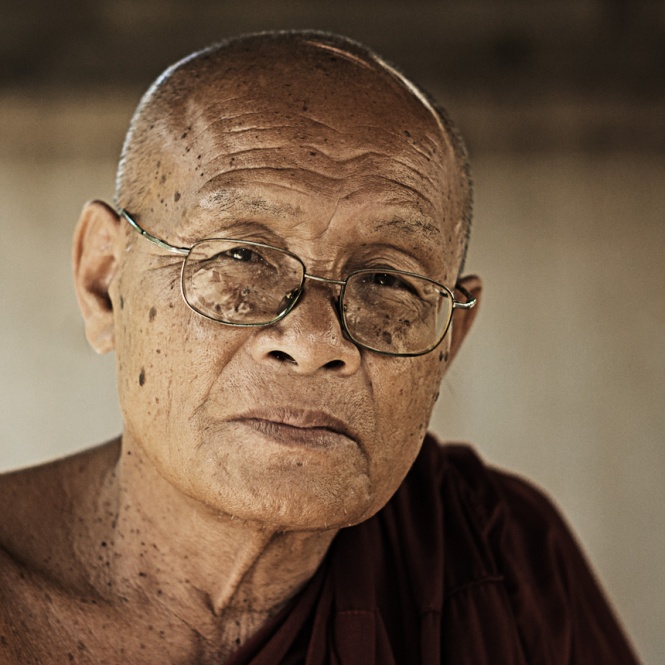 NB: following Steve Gingold’s helpful comments I removed the background spots and the yellow cast that the original processing produced. This rework has much more of a traditional sepia tint to it whilst retaining the accentuated detail. I think this is better and less like something that lights up when you take the kids on the fairground ghost train. Thank you, Steve!

As I typed the heading I wondered to whom the quote should be attributed “it’s deja vu all over again”. I discovered that it is that wonderful American philosopher, Yogi Berra. I came late to discovering YB but a good friend of mine quotes him frequently. Wikipedia has a selection of his quotes, of which my favourite is: “Always go to other people’s funerals, otherwise they won’t go to yours.”

My view of course is this one:

I took this yesterday, late in the afternoon. Now the problem with working in a study with this view before you is of course the temptation to spend more time gazing through the glazing than concentrating on the job to be done. Already this morning I have been compelled to lift my binoculars to watch three White-backed munias, a Large-billed crow, several Black kites, a selection of bulbuls and a Yellow-browed warbler. I have also scanned in vain for the cormorant that yesterday was sitting on the rocks below.

Nevertheless I do sometimes manage to do some ‘work’ and I have just finished reading “The Art of Photography” byBruce Barnbaum. One thing that struck me was his presentations in high key.

At this point there was an interruption of almost 30 minutes as a very interesting bird appeared in the garden. It is a Black-winged cuckoo-shrike and a garden tick for me 🙂 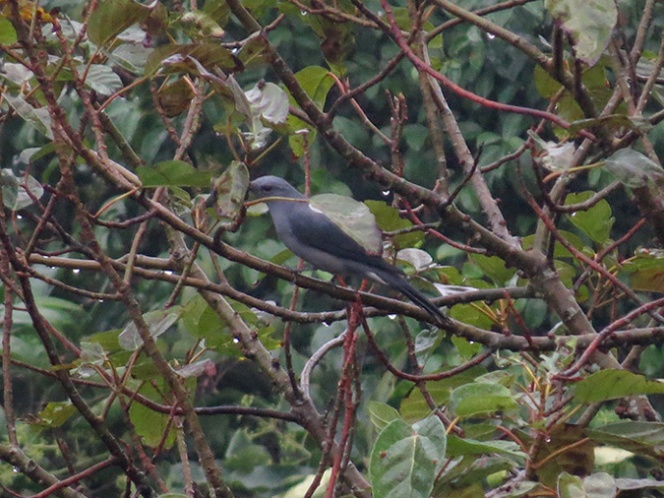 It was rapidly followed by a pair of Olive-backed pipits but they fall into the category of chooks.

Back to the high key theme. I am normally a ‘high structure, high contrast’ chap so I wondered whether I would have any real feel for the subtler approach. Here then are two of my efforts from the Borneo archive. To make it easier for myself I chose early morning, misty scenes.

And this is what I would normally have gone for. 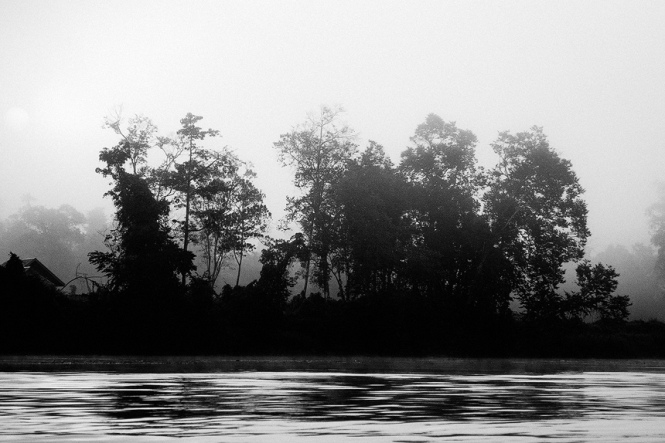 Much darker almost silhouette in tone, with high clarity bringing out the surface of the river strongly.

If I am honest I like the first and the third but not so much the middle one. But the point was to learn and experiment a little. And as November comes to a close that is my lot. December will be a short blogging month as we head off shortly down south. Not long until Christmas now (groan).

Another shot taken from a canoe in darkest Borneo. This is quite a high key image and not my usual crisp, clear style. Nevertheless it is one of my favourites from the trip and one I have reworked several times. This is my first B&W rendition. 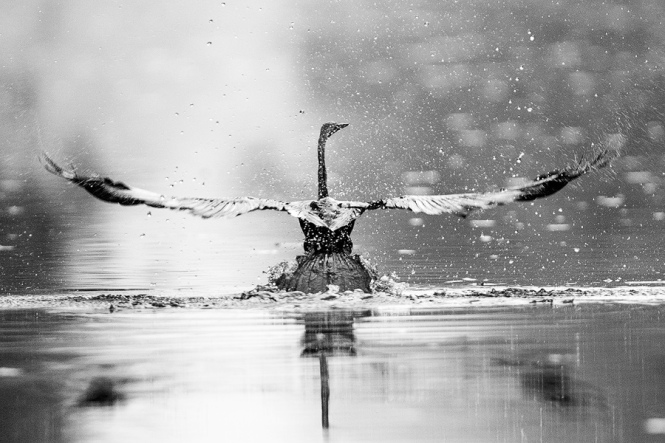 Incidentally, if you are really interested in Borneo I do recommend The Malay Archipelago by Alfred Russel Wallace. Google Books describes it as a work of astounding breadth and originality that chronicles the British naturalist’s scientific exploration of Malaysia, Singapore, Indonesia and New Guinea between 1854 and 1862. This is a book I have read twice and will undoubtedly read again.