Yesterday was truly a testing day. No power most of the day meant we had to have breakfast and lunch in town. Thankfully we had the power restored earlier than scheduled so the evening feast was home-cooked. The breakfast was surprisingly good – bacon and eggs in a Chinese version of a ‘greasy spoon’ cafe. Lunch was not. But then I spent ages doing battle with the blog. All of my sites except WordPress loaded fine. WordPress took me to blank pages. I could see some blogs belonging to others but only by searching for them in Google. So if you had a deluge of visits from HK yesterday it was possibly me testing my laptop. Strangely I had more luck via the iPhone and iPad apps but it was hit and miss. And I could not get any of the admin functions to work. So I might see a comment but I could not reply. Late in the evening I discovered that by hitting refresh about 6 times in a row I could see static pages on the laptop but I could not click any links. I was seriously concerned at one stage that I or possibly WordPress in HK had been blocked. A search revealed that WordPress.com is blocked in the rest of China but WordPress.org is not – or possibly the other way round. I don’t recall. And people forget that HK is legally part of the PRC we just have a different system. Theirs works and ours doesn’t.

This morning a quick try yielded nothing by way of improvement. As a final effort I disconnected and reconnected the router. Bingo!! Normal service has been restored. But why was it only WordPress that was being affected? Were the secret police inside my router pulling the plug each time I clicked on WordPress? Happy to let me use Facebook and all my financial sites, streaming data all the time but steadfastly refusing to let me write anything interesting….. as if I would. As Martin Williams suggested, “fomenting dissent – with bird n dragonfly photos!” Its probably there buried deep inside the Chinese Lawbook; “Thou shalt not write about dissidents, birds or odonata. Odonata is deemed to refer to the singular and the plural and shall include zygoptera and helicoptera.” Well if nothing else it gave me a heading for today.

And today, somewhat dischuffed with life I deserted the home and headed out to my local patch. Armed fearlessly with nothing but a 400mm F4 lens and my trusty 1D mk4 body I went off in search of avian riches. On arrival I was greeted by a cheery chap from AFCD. I asked him what the earthmoving equipment was doing and he explained they were trying to regenerate an area of the reserve overgrown with old acacia trees. Seems like a good idea. I may indent for the treatment myself. I am not yet overgrown with acacia trees but I surely need regenerating. If Dr. Who can do it I am sure I can. The Sai Kung Timelord. Its rather a natty title. I lost interest in the good Doctor after Tom Baker I think. William Hartnell was good. John Pertwee I liked although he wasn’t quite right somehow. I always picture him in The Navy Lark I’m afraid. Of course none of this will mean a thing to anyone under 40 and outside Britain in the 60s and 70s but we all have our cross to bear. Patrick Troughton was ok but Baker was the best, he and his trusty companion, K9.

Back to the patch. Here then are a few shots from today’s outing. First up the not so shy Black-faced laughingthrushes.

And staying on the theme of black we had a veritable overflow of Blackbirds today. The first one looked hostile…… I’ve come for my boy.

The second one merely perplexed.

And then a run of ladies:

This is Mrs. Daurian Redstart.

And this is Mrs. Fork-tailed sunbird – not too shabby is she. Green suits her. 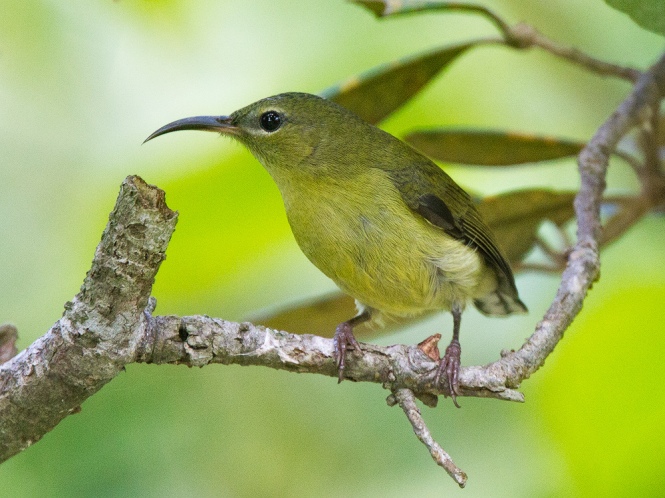 And finally Mrs. Scarlet-backed Flowerpecker. I have a couple of shots with eye contact but I picked this because it shows what seems to be a tinge of red on the back of the head / nape and I don’t see this mentioned in any of the literature.

Finally, not the best of shots but these things flit about like billy-o and getting one to stop still or freeze one “in action” is tough and I almost managed it today. Just don’t look too closely. Yellow-browed warbler. 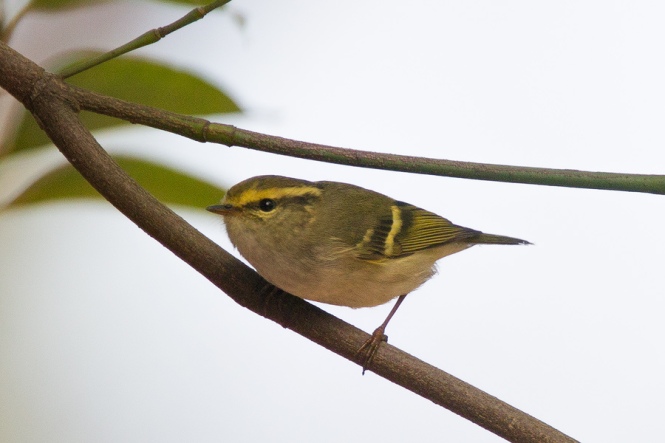 And guess what…. it’s got a yellow brow. Amazing. Still common as muck but quite a pretty bird.

And there we are…….. until the next time. Unless of course I’m blocked again.