We started with ugly today. I was on the Rialto bridge early and took a few frames. Nothing special but ok, lah!

And then it happened. A camera-toting girl appeared. She literally grabbed the guy sweeping the bridge and snapped “stand there”. He probably neither heard (he had headphones on) nor understood – he snapped back in Italian to leave him alone. She seemed rather the worse for wear and pursued him firing the flash at him as he backed away. Then she turned to me and asked if I were Australian. I told her to leave the guy in peace but she said she was an artist – probably true but not the sort of artist I appreciate – and she thought the street cleaner was a ‘hunk of a man’. She then told me she was from California and asked me again if I was from Australia. I suggested she return whence she came and Mrs. Ha and I decided to leave the location. The girl pointed at a man standing at the end of the bridge and said he was her husband. He looked fairly well worn, too. This was the first bad scene I had encountered in Venice and I hope it was the last. We arrived back at our hotel spot on 7am for an excellent breakfast. This was a ‘classic Venice’ shot taken on the way back.

After breakfast we went to the Gallerie Dell’accademia. After we finally managed to get in this was GOOD. Superb in fact. We arrived at 08.30 expecting a queue. And we were right. There was one person ahead of us. She had been waiting since 08.15 when the gallery opens. Nobody had sold her a ticket. She was not a happy lady. Me, being me, walked to the desk marked ‘Closed’ and asked for 2 tickets, which the lady duly sold me. The lady in waiting had made the mistake (so easy) of going to the desk that was marked ‘Open’. The man was still busy so she switched to the closed queue like us.

This gallery is amazing. We are not art buffs but this was special. I was especially struck by the relaxed approach to security. Here he is: 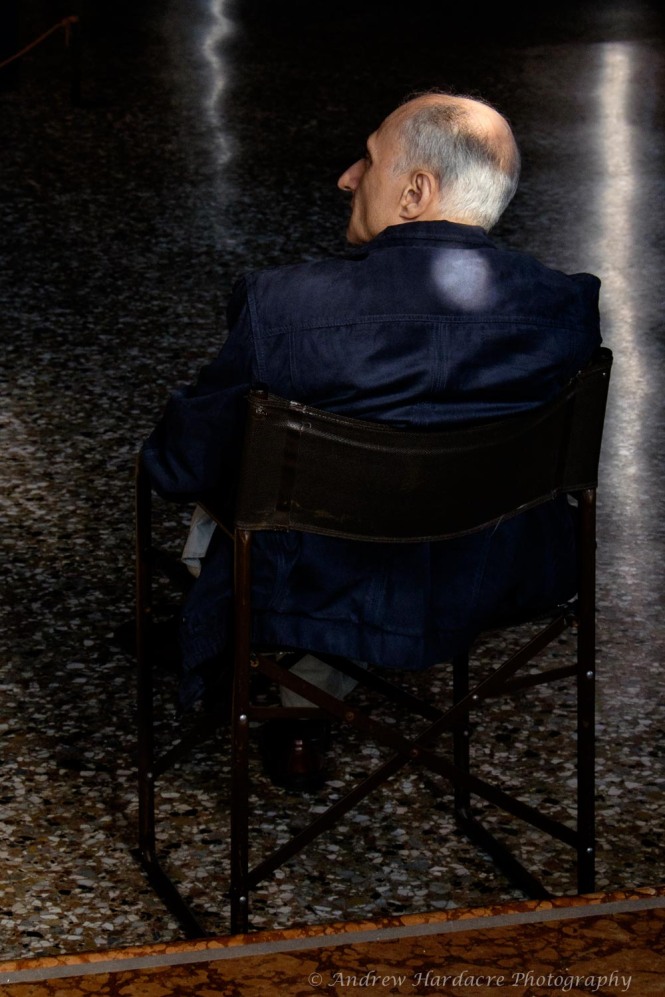 There appeared to be few alarms and only some of the very old pictures were behind glass. Here he is again.

And they allow you to take photos without flash. So we did. Lots. 24 rooms packed full of outstanding art. A must see if ever there was one. But eventually we were sated and we droppped in to a bar for a coffee.

I think the owner is an Inter fan. We worked our way back to the hotel and on the way we wondered where the locusts had come from. Here they are: 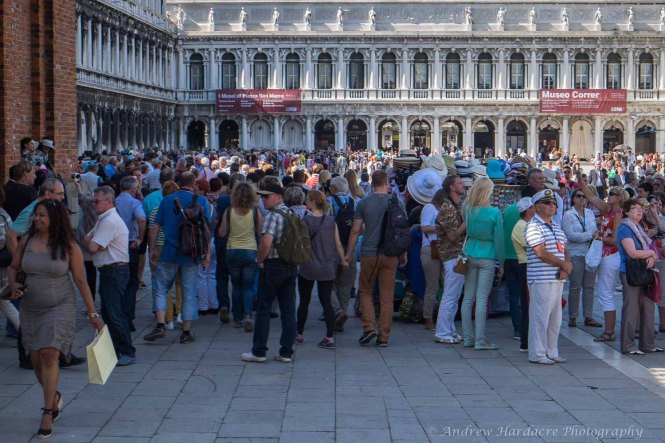 I think they were on their way to meet these guys (?). This is a side of Venice I suspect few people see – fortunately. Does it remind you of anybody…….? Clearly done in the best possible taste.

As an offset, here is something more tasteful. 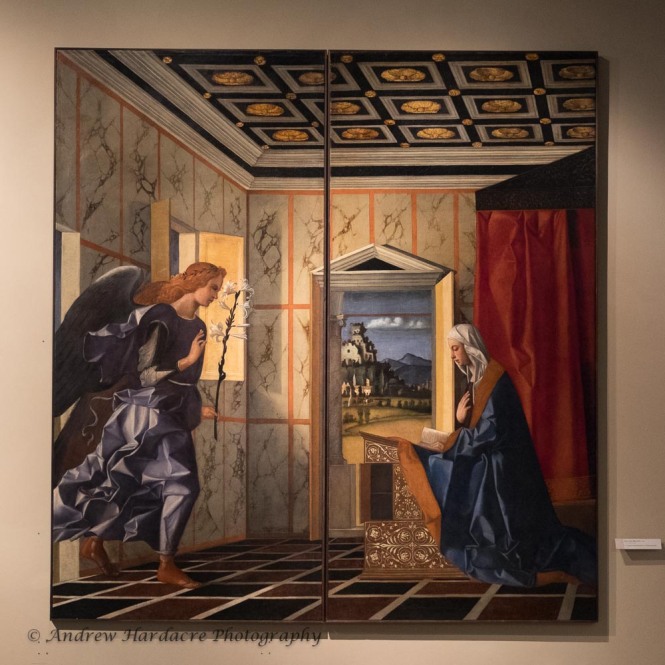 Now we are resting, readying ourselves for the fray again. Wish us luck.