In the last 2 days I have added 3 minor triumphs to my wildlife achievements list.

Today I found a moth in my garden that is described on the Hants Moths site as “Rare (proposed as a future Red Data Book species) on chalk downland in parts of southern England.” The moth in question is this one, Grapholita caecana. 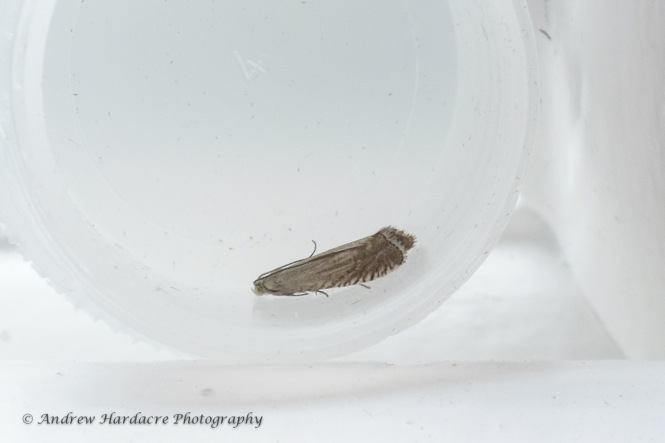 7mm of rarity. The 6th county record we believe. Firstly it is such a dull looking thing that at 7mm it is the sort of thing that I might ordinarily dismiss. However with a target (guideline) of 1,000 species in a year I have to look at pretty much everything. After much thumbing of the book and trawling of websites I had identified it as one of 2 species and one of those was indeed Grapholita caecana. I made the mistake of thinking ‘it can’t be because Grapholita caecana is rare’.  Then deep joy when the powers that be declared it correct. The bunting came out but luckily didn’t eat the moth. With moths like this there is a strong possibility that it is not rare but simply under-recorded. There are not too many of us ‘doing’ moths and of those a fair number would have looked at this one and been tempted to pass it over. Still, it is nice to see it on the list as number 187.

The second triumph was not a moth but a friendly wasp. I found it sitting outside our front door. I commanded Mrs. Ha to fetch me a pot and the result was this, a female Amblyteles armatorius

This is an ichneumon wasp and I have no idea whether she is common as much or a mega-rarity. All I know is that she is a new garden ‘tick’ and a very welcome addition.

My final triumph was to see Mr. Woody feeding the youngsters. Sadly they are still in the nest but here is your daily woody picture. 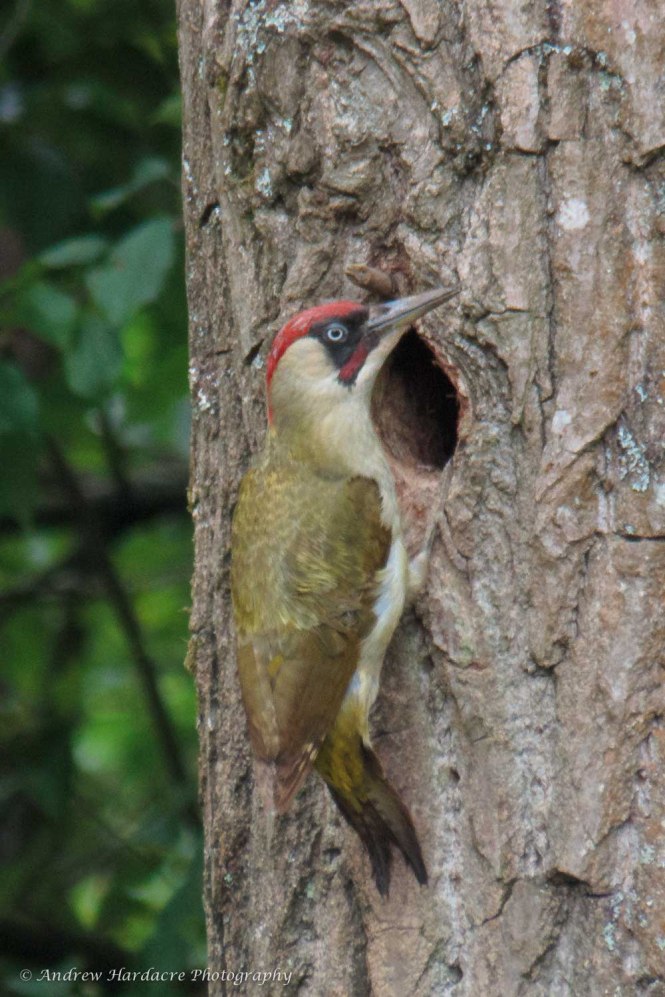 What was new today was how he fed the youngsters. As far as I could tell, Mr. Woody lacks basic table manners. He sits outside the hole, throws his head back, flexes his throat a little and regurgitates the food to the trainee woodies inside the hole. I hope they can catch well.

So there we are. Three wildlife ‘discoveries’ to cheer me up on a day when once again the main preoccupation in our lives was the state of the drains. I watched with mixed emotions as the camera went through all the pipes showing me what our predecessors had managed to lodge in places they should not be lodged. Latex floor covering, rubble, grease, detergent (congealed), small children, a teddy bear and several UKIP members. I think that on the whole, moths are preferable.