Two months ago today we boarded a FinnAir flight to Hong Kong. Two weeks ago we parted company with our beautiful Hampshire home. The process, barring a few formalities, is complete. It remains only to sort out utility bills. Southern Water wants to charge me £100+ for water during the period the house was empty and unused. As we were in HK we could not take a meter reading so they have estimated our usage. I had warned them a long time in advance that the house would be unoccupied but hey, they say I should have given two days notice of sale and so they can estimate the reading at whatever they like unless I can give them the actual reading. Which of course I can’t. Rogues.

Nevertheless we feel settled in our rental apartment. My walks have been slightly curtailed by events, dear boy, events. The odd lunch has intervened. A day of work. Some minor contributions to the wedding preparations. But I do have a new improved, whiter than white, Daz sparkly walk. Non-bio of course. This has been introduced to try and capture two extra sites of possible bird interest. Instead of looping round Harlech Road I know go up and over the Peak. This is an extra climb but worth it. Then I have worked out how to include Pik Shan Path without doubling back on myself. The problem with this is that it also means my walks now take considerably longer. No point in simply walking through or along these paths. They must be explored. That takes time. My longest absence was 8 hours. No lunch.

Carrying the camera gear is not too bad. The Fuji performs adequately enough. I keep tinkering with my technique as I try to find the best way of using what is admittedly a much slower autofocus than the old Canon bodies. I have added the 80mm macro lens to my armory, effective 120mm. I have carried it for 2 weeks in my backpack and hardly used it. The bugs are, as it were, snug in a rug somewhere and not coming out to play. And the birds stay over the hill and far away. Hence the order of a 1.4x tele-converter for delivery today.

There is little sign of Christmas here. Somewhat surprisingly we received yesterday two physical cards. Real ones you can touch, handle, read and throw away (recycle) later. I am in favour of a virtual Christmas. In an ideal world I would virtually ignore it. We do have a proper Christmas lunch. Each year we decamp to the club, where a buffet is available. This could, I suspect, feed a small country in remote parts of Africa, for a year. It is the one day of the year when the dress code is slightly relaxed although the younger cost centre was refused entry a few years back for ‘inappropriate footwear’. Quite right too. But jacket and tie are not mandatory. Mobile phones may be used for taking pictures but not of course for making calls. The meal always starts with lobster served at the table. I am not allowed shellfish so usually one of the others wolfs mine down. I on the other hand will ask for extra stuffing. There is an obligatory visit from Santa. I always try to see if I can spot a bottle of Black Label sticking out of his coat pocket but it seems club rules forbid even a modest snort on this occasion. Probably the designated sleigh driver will have a tincture or two after his ordeal is over. I know the guests do. The trick is to wait until the desired foodstuff is almost finished, and then join the queue. By the time you reach the front a splendid new side of beef / turkey / pork / venison etc. will have been produced and the juices are soon dribbling down the chin (or chins in many cases). The Christmas bread and butter pudding is a thing to be treasured and devoured. Away with the traditional pudding. Stick a sprig of holly in the B&BP and ho ho ho, you too can weigh like Santa. Go back for seconds or thirds. Help it slide down with the club’s superb chocolate mousse. Perhaps a token slice of fruit to assuage the conscience. Followed by coffee. Mrs. Ha and I are teetotal so we shy away from the brandy sauce, the butterscotch schnapps and the lashings and lashings of Bolly. This then is pretty much our sole concession to Christmas. A couple of hours of sheer unadulterated gluttony. It would be no great challenge to turn into a pumpkin at 3pm.

At some point I do try to find some Christmas music. The first challenge this year will be to find the CDs, as yet unpacked. I don’t think my family really ever appreciated Noddy Holder screaming “it’s Chrissssssssmaaaaaas”. So I will go for something a little more genteel. Slade was never Easy Listening even in the 70s. Which reminds me that I have also so far overlooked to plumb in the rather antiquated CD player. I am sure that millennial child will do everything by Wi-Fi or shout, “Alexa, play some Christmas carols”. I don’t think our CD player has valves that need warming up but it definitely has wires for the mains and the speakers. Our outrageously smart TV connects to something that looks like a speaker (but may be something completely different) by Bluetooth. Except it doesn’t. Despite several visits from John Lewis’ tech team and a couple from the Sony engineers nobody ever managed to get it to work. So we resorted to yet another cable. I was also assured that I could ‘stream music from my phone to the TV’. Fascinating but for the fact that I a) don’t have any music on my phone and b) have no idea how to do it even if I did. How much simpler it was when Christmas morning consisted of a darned sock containing a few nuts, some squashed satsumas and chocolates, a Rupert the Bear annual and a battery powered Dalek. The Dalek was happily not full size and as far as I recall never exterminated anybody. Dad occasionally hoped it would. His mother gave him the same present each year. Well, similar anyway. He would get an ounce of St. Bruno Flake and a Giles annual. And socks. Always socks. Each year he would go through the pretence of having no idea what was in the paper package. He would shake it and make some outrageous guess whilst Granny H smiled happily thinking what a wonderful surprise it would be for little Jimmy.

Far-fetched as this may seem to the youth of today (who is the youth of today? Has anybody met him?) it is largely true. So simple. And that is why I have such a jaundiced view of Christmas today. It has lost all meaning. As one cartoonist wonderfully captured it this week, the Three Wise Men would today probably bring Gold, Frankincense and Bitcoins. And on that bubbly note, I wish both my readers a very happy holiday and please remember to give thanks to the good folk of Alabama. Amen.

My daily walks continue. I leave around 8am and finish around 11.30am. It is hardly a strenuous workout after the first 30 minutes but it keeps me out and active. On a whim I climbed High West last week. I had researched this short but steep climb a few weeks earlier. The blogger writing on his experience was not impressed. If I recall correctly he said it was a slippery, snake-ridden path up and that he had been chased by a swarm of angry bees or wasps on the way up. I started with the intention of seeing just how difficult it is, thinking I could always turn back if the cobras and giant hornets tried to overwhelm me. Well it took me 20 minutes to ascend. Dry, No snakes and just a couple of buzzy things. I was far more concerned with being blown off the summit. There is a trig point up there and not much else except glorious views. The path onwards was closed for unstated reasons. The muscles grumbled a lot on the way down, which took me all of 8 minutes. I won’t climb again until we have a calm, clear day.

I continue to explore Lung Fu Shan and feel I am getting to know it a little now. Last week I found a good bird. At the time I thought it was something reasonably common as a passage migrant. It was high up in a tree and the light was awful. The advantage of digital photography however is that you can see in real time what the picture will look like and so I took some shots with the exposure compensation on +5 stops! That was a first for me but it produced a useable image. When I looked at the bird on the screen I had some doubts so I decided to post it online and sure enough, I was wrong. Much better. A female Mugimaki flycatcher. The photos won’t win any prizes but they did what I needed. 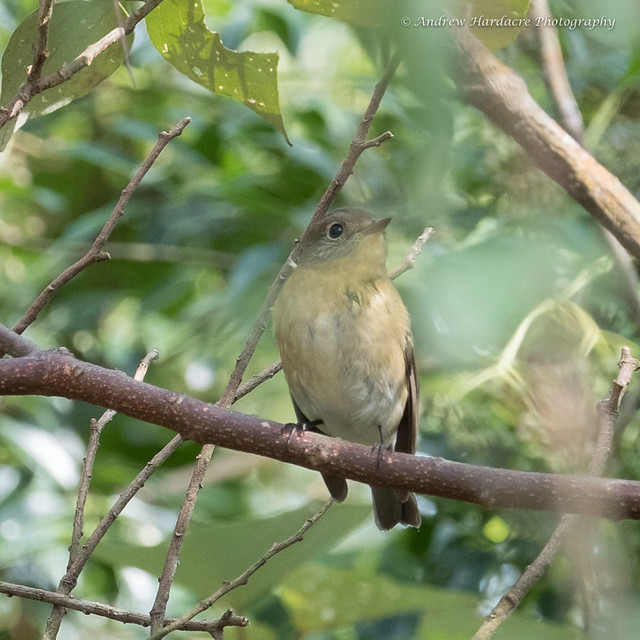 There are also several regular residents willing to pose occasionally. I always go up there thinking I don’t need any more photos of Daurian Redstart or Blue Whistling Thrush. But what do you do when they fling themselves at you? 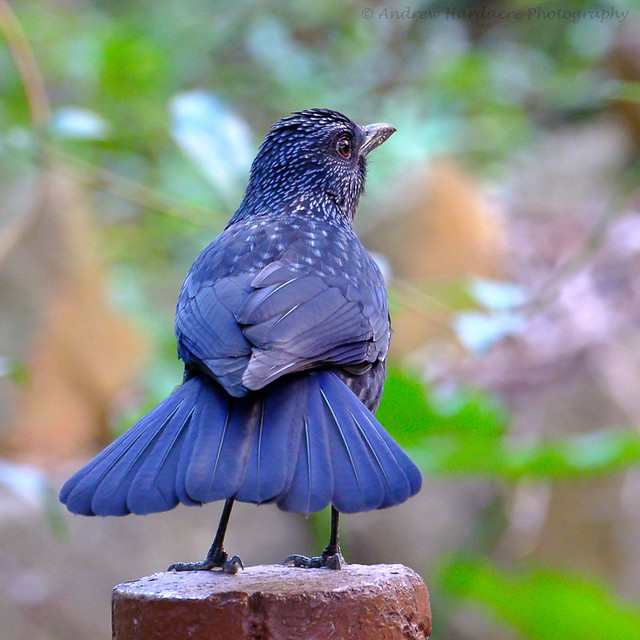 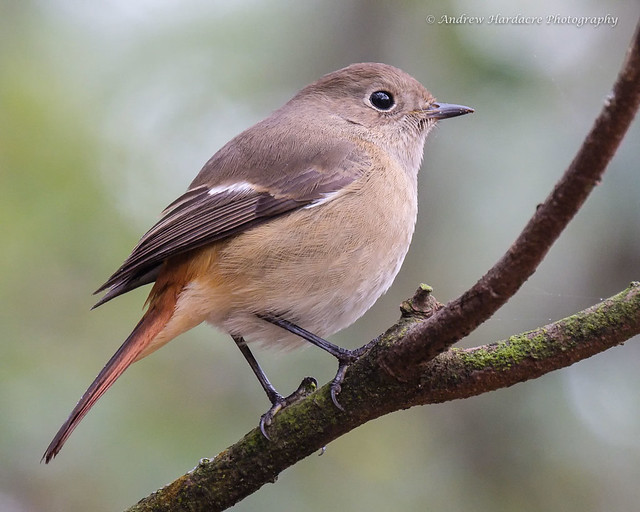 Butterfly life is slowing down as the temperatures drop and the breeze picks up. One day last week we had dense mist draped all over The Peak and Lung Fu Shan. I almost stayed in. Mrs. Ha encouraged me to go out anyway and it was a good decision. Fewer people, almost silent and some great visual effects. Dampness settled on my clothes. Not enough to soak through but enough to blur the vision as my glasses were coated in droplets. My bonus was a butterfly classified as very rare in Hong Kong. Jamides alecto. I wonder what else lurks unfound in Lung Fu Shan. I am sure I am the only regular checking it out. 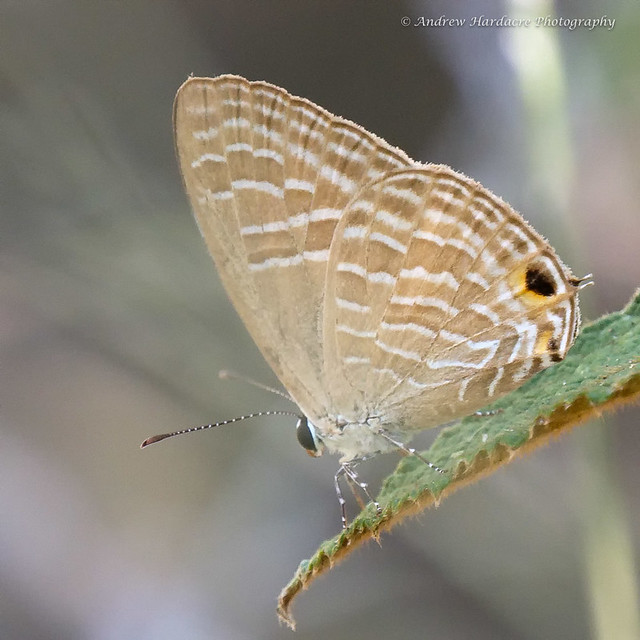 It is a rest day today. I am sitting on the balcony to type this. It is cool, bright and the sounds of traffic and birds flow upwards on the breeze, mingling as they reach me. It is December the 3rd. Yesterday would have been my mother’s 91st birthday. I can relax and reflect. My only worry is where the next coffee is coming from. Life.