Our eyes met across a crowded boulevard.

Carrie Lam has returned to HK for the year of the rat. How fitting. We are fighting the Wuhan corona virus and on a brief outing to Central today 80%+ of the people are wearing masks. Those who remember 2003 and the SARS outbreak know this is serious.

But photography must go on. Starting with the view from our balcony on a rare clear day. 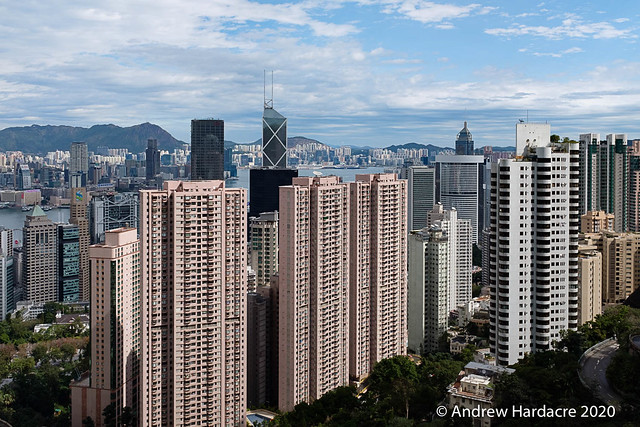 Rats look more like mice at this time of year. 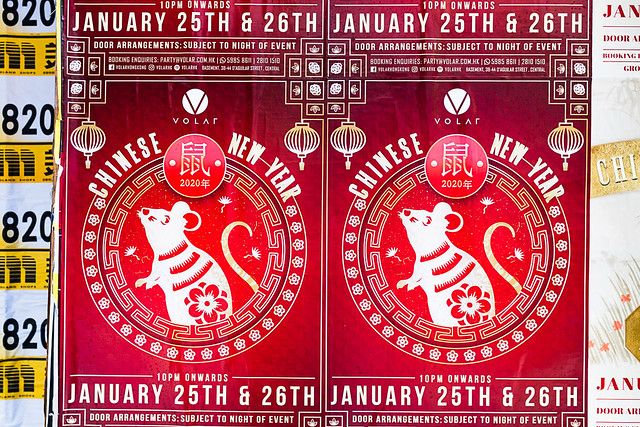 Most stores have closed for the lunar new year. 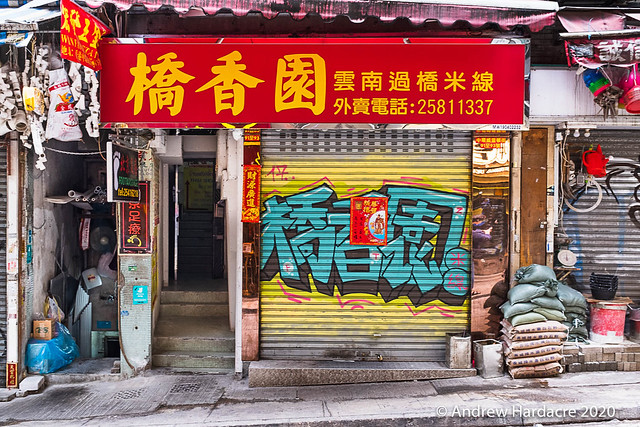 Known simply as “Hong Kong Bank” here or “The Bank” (not HSBC) the venerable institution has become a target for protesters. They froze an account allegedly being used to crowd fund medical care for injured protesters. Retribution was immediate as branches were attacked and vandalised. Now the HO building is a fortress. Boarded up and protected by steel gates. Your friendly local bank no more. 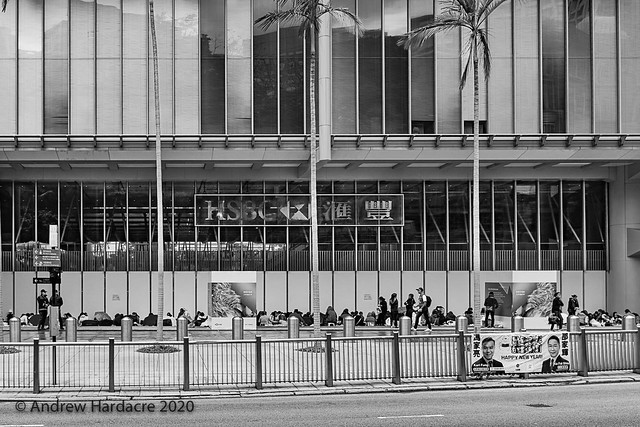 Life goes on elsewhere and even at new year some people want fresh vegetables and I don’t mean a new government. (Margaret Thatcher once reputedly referred to her cabinet as ‘the vegetables’). 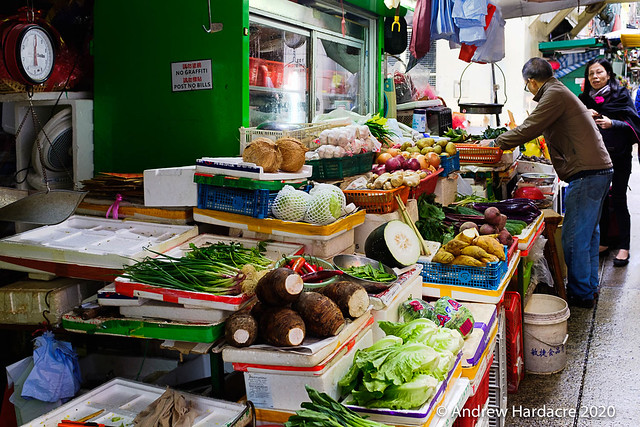 Life in Hong Kong is turbulent to say the least but in the true British bulldog spirit we shall go (unmasked) to the Club tonight for a new year dinner. It will be packed and the sun will never set on this erstwhile corner of the British Empire.

Today is the start of the 2020 Lunar New Year Flower Fair in Victoria Park, HK. This year is not the usual mix of flowers, food, political novelty toys and celebratory new year symbols – it is the Rat this year. Anything remotely political has been banned by HK’s Spoilsport in Chief, Curried Lam. The beleaguered CE has cancelled our fireworks, attacked the fair and encouraged people to be good comrades instead. Nonetheless I went out with Mrs. Ha to buy our floral decorations there – a blossom tree for good luck, red berries, bright flowers and some pussy willow. The harbingers of spring. The vendors were not universally joyful at the new arrangements. Maybe next year we can go back to colour. 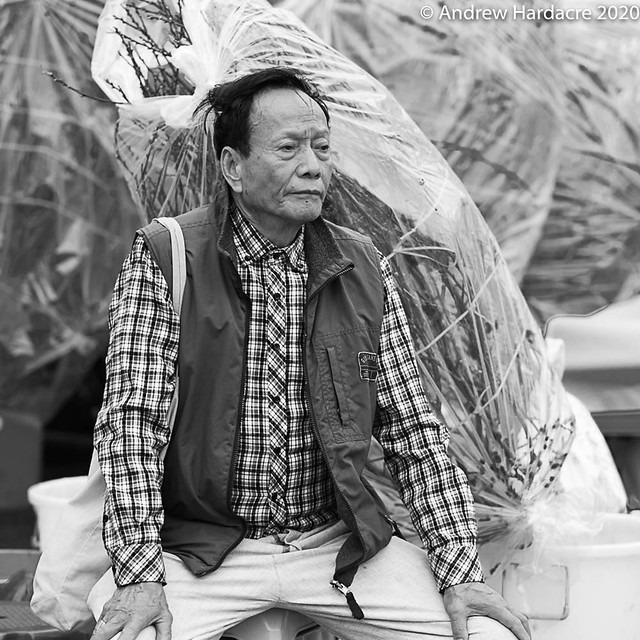 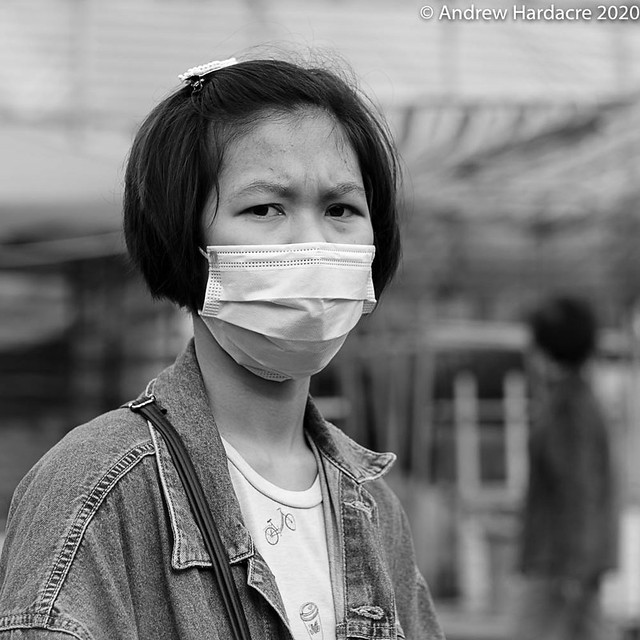 The TVB folks did find one buyer to interview 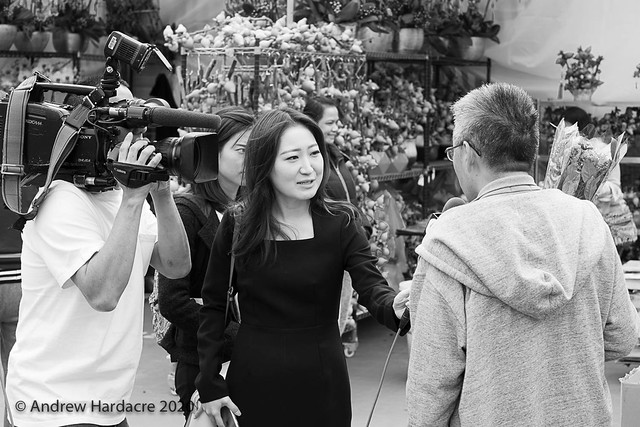 But before we left home we had our dose of good cheer as we were babysitting over night. 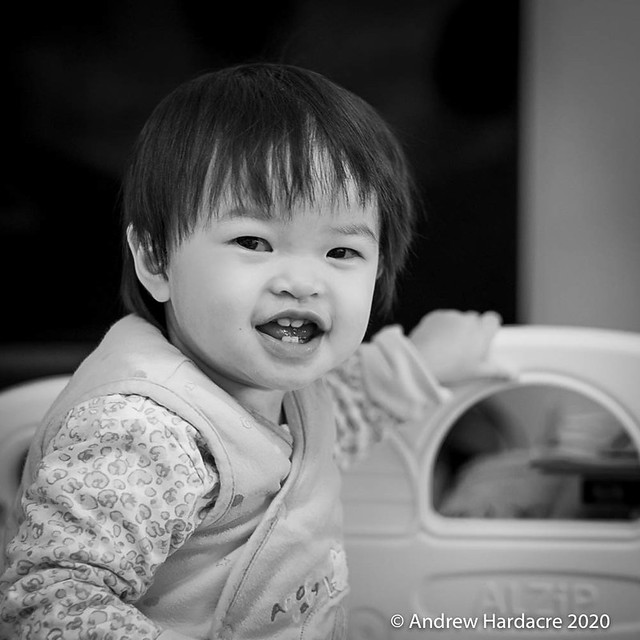