Many of the smaller, local birds hang around a while, flitting about in the trees and bushes. The raptors cruise about, looking for thermals, prey or just having a good time. Raptors definitely want to have fun. Crows on the other hand flap by at pace. They seem determined to get somewhere. Always on the go. Caw caw. Can’t stop. Caw caw. Must press on. Strange and troubling in some ways. Everybody should have time to relax a little. I shall start a campaign to give crows a day off. Caw caw. Time for a caw-fee break.

I confessed recently to having splurged a bit on the Kindle shop. I have finished The Opium War, and a very good read it was too, and I am about two-thirds of the way through Steve Jobs, by Walter Isaacson. The Jobs book is fascinating in a morbid sort of way. Jobs does not come across as a terribly easy-going chap. Quite the contrary. To his credit he seemed quite content for the biography to paint him as he was. And I suspect if he had been a less complicated character he would not have built what he did. I am using two of his products as I type, writing on a MacBook and downloading onto my iPod.

The iPod is interesting. The book asserts that looking at the contents of someone’s iPod tells you a great deal about them. In theory maybe. Mine contains a host of bird songs & calls, some Goon shows, and musically everything from Georges Brassens to Jethro Tull to Adele. I think a bookshelf is far more revealing. Music is to a degree a reflection of the times in which you grew up and the parental and peer influences to which you were exposed. Thus I was brought up in a home in which my father lived for Mozart, Bach and Chopin and my mother listened to Glenn Miller, Engelbert, and a host of lighter, middle-of-the-road / pop music.

The 60s was the defining decade of my life. I cannot assert with any integrity that it was the defining decade of the century as there were two world wars in the first half of the century and I suspect they may have been more influential in other ways. Similarly I am sure the Chinese would regard Mao as more significant than Dylan (Thomas or Bob, take your pick). We view the world through our own lens. But I do not think I could have grown up without developing a love of the music of the time. Unlike Jobs I never idolized Bob Dylan. His voice always struck me as like a bag of nails in a blender. The Who, The Stones, The Beatles….. they all get a big tick. So did Pink Floyd, Emerson, Lake & Palmer, Yes and Jethro Tull as I moved into the 70s. Yet I also loved classical music. I listen to Schubert in the car when I need calming down. I find Mozart sublime and can listen to Die Zauberflöte at any time. A rousing rendition of Vivaldi’s Gloria in D (RV 589) reminds me of school days when I, along with the rest of the culprits forming the school choir, probably had Viv spinning in his grave. Whirling Antonio they called him. Someone actually committed it to vinyl. I hope for the sake of all music lovers it has long since been melted down.

Still, Jobs was undoubtedly a creative perfectionist and I am sure that given the task, he could have found a way of helping crows relax. My suggestion is a trip to the local Chinese Uproar. 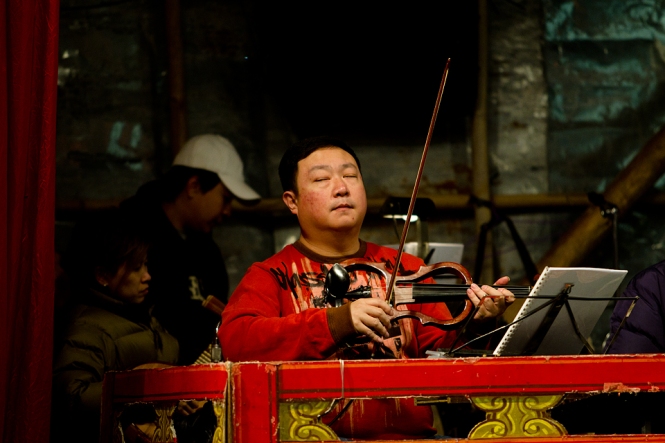 And as I write a crow flaps leisurely by… maybe they are turning over a new leaf. Do support them. It’s in a good caws.

Years ago it was socks. They had a life of their own. No matter how careful you were with them one invariably went AWOL over time. Maybe, the conspiracy theories went, they were eaten by the washing machine. The WM had a hidden flap, into which one of Great Aunt Isadora’s Christmas present woolly socks would mysteriously disappear, never to be found again.

Such things happen. I lost a passport like that once. Not in the WM you understand but a BA sleeper seat. I had my passport when I boarded the flight in HK and when I was about an hour out of London I looked for the said passport and there it was, gone. The combined efforts of me and a couple of BA trolley dollies failed to find it.

There were two happy endings to this story. I eventually gave up and went to the immigration desk to confess my loss, expecting a lengthy inquisition followed by an even longer administrative process. Maybe I was an illegal immigrant? Aha! said the immigration desk chappy. Do you have any other means of identification? A driving license perhaps? I happily admitted to being the proud possessor of a UK driving licence, complete with mug shot. That’s fine then, said desk chappy. Get a replacement passport asap. I was slightly stunned to say the least. You mean I can come in? That’s it? I checked not once but twice. Indeed it was. I was officially admitted to the country on the back of a driving license and little else. Now as luck would have it I already had a spare passport. Few people know that as a frequent traveller HM Passport Agency will issue a second passport so that if you need a visa to some obscure place like say, Australia, at short notice, you can apply and whilst the antipodeans are busy processing the application you can merrily jet around on passport number one. Brilliant. I expect it is all ‘online’ now and smooth as a baby’s bum provided the computer doesn’t go down but I do know that last time I renewed my Saudi visa it took about six weeks.

The second happy ending was some months later. I received a rather jolly phone call from my Aunt in Llanbradach. She was my passport emergency contact after my mother passed on. She had been contacted by BA’s maintenance team in South Wales. They had been servicing an aircraft and dismantled one of the sleeper seats only to find my absconded passport deep in its sigmoid colon. Thank heavens it had not gone any further! He travels a lot, observed the seat doctor.  He was right. And so my late Aunt retrieved my passport, to which I had been rather attached, it containing a Galapagos Passport Stamp. The GPS is not a real visa as the archipelago is part of Ecuador and I already had the necessary chop in my passport. However at Guayaquil airport they will give you a stamp as a souvenir. Muchas gracias!

I seem to have digressed just a little from the great sock / washing machine mystery. Where I was heading was that I have uncovered the modern day equivalent of the missing footwear. It is, I can now reveal, the missing camera battery.

Each time I buy a new camera I indulge myself with a spare battery. Generally as far as I can tell the spare battery seems to cost about 25% of the cost of the camera itself but hey ho, there is nothing worse than being out in the field with a small battery symbol flashing red at you just as Pitta gurneyi hops out of the leaf litter to do its song and dance routine.

Without fail, I lose the spare battery within a week or two. I take the house slowly, stubbornly and angrily to pieces trying to find it. Eventually I give up and resign myself to mortgaging the dog to buy another one. And then, once I have done so the miracle happens. Just as the sock of old used to rematerialize at the back of the drawer you had searched several times before, so the original spare (if that is not an oxymoron) battery will be discovered in a camera bag you know full well you have not used in months. And so you now have three batteries.

One day someone will invent voice-response batteries. Do not laugh. I can now speak to my mobile phone and say “Call Mrs. H” and it does. I see no reason therefore why a battery should not respond if I shout “Lumix battery, where the **** are you?” In fact I think I may just have spotted a product opening. Don’t tell anyone, will you? I think Olympus may be in the market for a recovery play and this might just be what they need.