Tomorrow is May 1st and in honour of my birth most of the world gets a national holiday.   There may be other reasons but I like to think “Labour Day” is when my mother did her bit for Wales and pushed me out into the big wide world of Caerphilly. Today I spent the morning up the road in my new found shore spot. I took a variety of lenses and the 800mm went into the car, just in case.

A quick scan told me the 800 would be needed. It was high tide and only a few rocks were exposed. A group of tattlers were sitting on one and even closer I spied a Red-necked Stint. I was ambivalent about the tattlers but a close up of RNS (not Reuters News Service) was desired. At least the little blighter hung around long enough for me to get the lens but after that it allowed me one shot before it flew. I re-found it with the binoculars later but way out of photography distance. Here is my only frame of RNS.

Not very impressive but better than a poke in the eye with a sharp stick.

The tattlers were a nice group, sometimes 13, sometimes 14 and occasionally with a Common Sandpiper in their midst. The ever changing cloud and sun combinations meant getting an accurate colour balance was tricky. These have been tweaked but I’m not sure how good the WB is.

The bird lying down on the rock, back right, is the interloper.

There were other Common Sandpipers around. The nearest one was really out of distance even for the 800mm but looked nice in habitat. 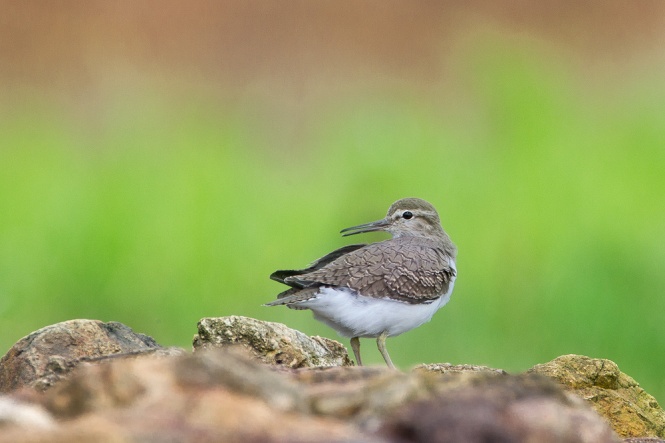 Then I switched to my macro lens. Needless to say as I did so the RNS returned but by that time I was too worn out to walk back to the car again to get the bazooka. I found 3 nice fungi opportunities.

I simply love the deep orange of the decaying fungus. The gills look brilliant even though the upper surface has almost passed over completely and rotted away.

And finally my friend Long Tail was out and about. Here is LT in full glory and then looking me in the eye. The eye shot is full frame.

How did I get so close without LT skipping away? Well I suspect it was a sympathy shot. It saw me faffing about with the tripod and probably felt so sorry for me trying to get set up right it simply decided to hang around to enjoy the show. One wink and then gone.

And me too. Mrs. Ha called me home for lunch. I bumped into a local birding friend on the way  and we exchanged information. He was looking for Bee-eaters. Now I am ready for a siesta. Age is catching up with me. Until next time.

You didn’t think moths were fashion conscious did you? Well I can now reveal that they are. This seasons colour is blue. All will be revealed later.

We were very lucky with the weather yesterday evening. A very light breeze, just a soupçon of drizzly mist and a nice, cool, low 20’s-something C. The technology however was less successful on my part. Wandering around remote places (where there is no telephone signal) in the dark requires a torch or a head lamp. I opt for a head lamp as it leaves my hands free for photography. I took mine with me but the battery gave out after less than 5 minutes. Not a very auspicious start. Once the traps were set up I had light in their immediate vicinity but walking the stream bed in the dark to get from one to t’other was tricky. So I played grandfather’s footsteps with the two scientists.

Then I had camera problems. It would not focus. And the flash seemed erratic. I still do not know why the camera was struggling to focus but I now have theories. One is that with the twin flash attached I can’t use a lens hood. It may have been flare from the MV lamps confusing the focus mechanism. Theory two is that my vario-focals were causing me to misalign my focussing and I simply wasn’t getting enough contrast to allow the AF to work. So I have less decent photos than I should have. But fear not, because there are enough to keep a blog going.

I mentioned blue. I should have realised immediately that I was the odd dabbler out. Both the scientists were wearing blue. I was not. One scientist actually earns money from being a scientist so he should know what the dans le vent moth fancies in 2013. The other scientist masquerades by day as a very senior lawyer in The City. Despite that he is a thoroughly decent chap. And Lulu quite likes him. The moths were constantly attracted to the boys in blue and so you will note a few images of moths taken on a blue shirt or sweater. Luckily they also attracted the chafers and kept them away from me.

If you have never been at a trap late into the night in the sub/tropics it might surprise you what you can get bombarded with. Green chafer beetles hurt when they hit you. Indeed one scientist insisted that a Chinook helicopter had hit his head. I checked but saw no rotor blades. Longhorn beetles crawl up your leg. Mosquitoes get inside your shirt. Termites bang you on the nose. But the bullet-like chafers are surely the worst. Like Mister Magoo they blunder about unable to work out the difference between a bush and a scientist or dabbler. Should I ever discover a new to science species of chafer I shall name it Anomola magooei.

The worst thing to attack me last night was a blattid. Probably a Rhabdoblatta. Blattids are cockroaches but the wild ones are quite decent chaps and totally unlike the ill-mannered louts that scuttle about the house in urgent need of an ASBO. I tried to take its photo but it legged it. Anyway, enough of this preamble, where are the moths you cry? I shall put my hand into the lepidopteran top-hat and see what I can pull out for you. Please note that there is a spider further down if you suffer from arachnophobia.

This next one is not a moth and should be lower down in the section “Late Arrivals at the Moth-trappers Ball” but I can’t be bothered to move it now. 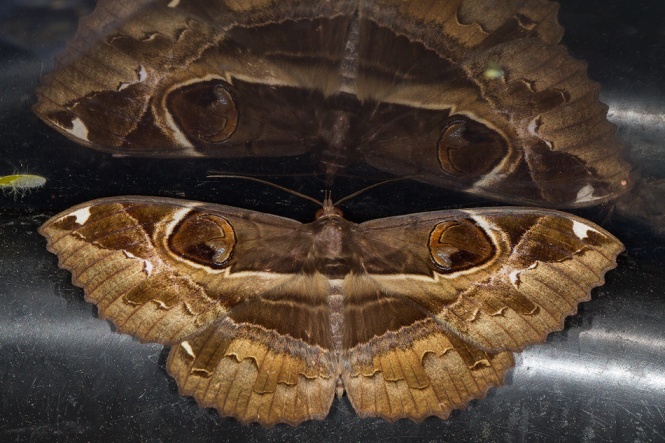 Damn! The next one is / are caddis flies so they are gatecrashers too. I’m not doing very well at the sequencing here.

Not yet ID’d by me 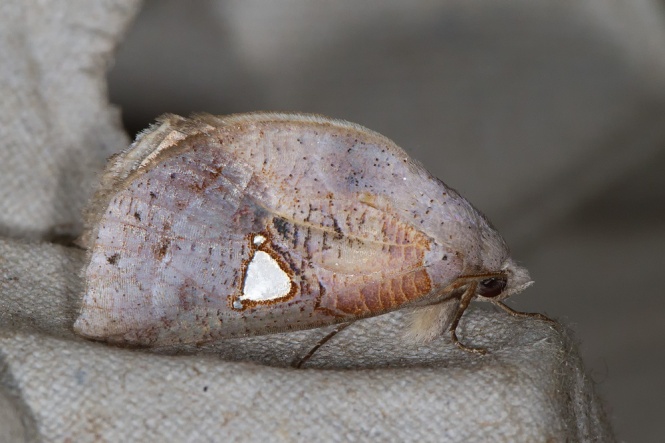 And a couple of guests.

Don’t miss the next gripping instalment of The Great Dabblero’s Moth Show. We are scheduled to go out on Thursday but as always the weather will determine whether we do or not.

Everybody knows that moths are dull, drab, night-time things that are outshone in every respect by their butterfly friends.  Except they are not. Tonight I am going moth trapping. The two experts I am going with are serious scientists. I am a dabbler. Enthusiastic yes. But a dabbler. (It’s that ‘nearly man’ syndrome again). Usually we run 4 or 5 Robinson traps and maybe a white sheet with a cold lamp. The Robinsons will have 125w mercury vapour lamps in them and all will be powered of a generator. You can’t plug in to the mains where we go! The moths are identified, recorded and set free. Unless they are unfortunate enough to be very rare. In which case………

Here to illustrate that moths don’t deserve their reputation is a selection from my photographic collection of HK moths. 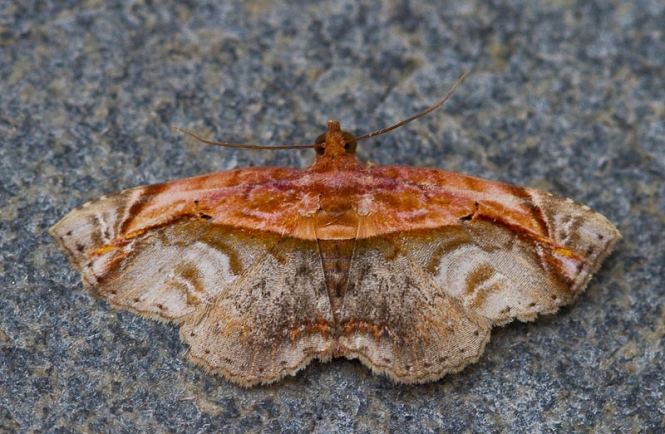 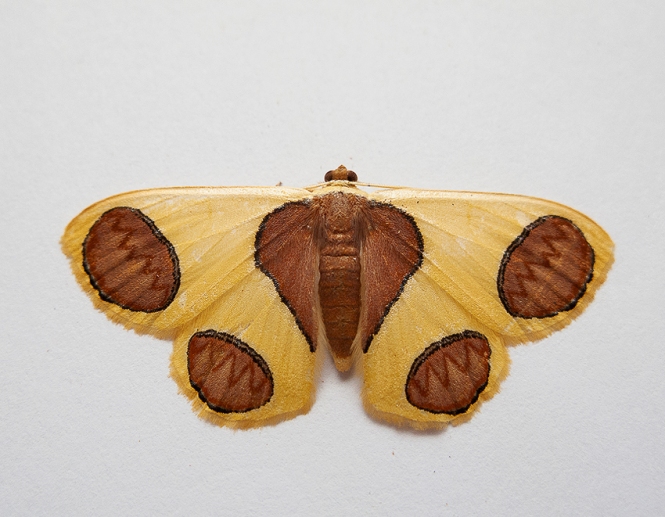 I have a very busy day tomorrow but if I get time I shall report back on how we did. Fingers crossed that the rain holds off.