Beatrix Potter wrote many Tales of but none as sad as that of Sebastian Civet. I confess it may have been Stephanie but suffice it to say the Civet was a mere babe in arms.

In September 2018 Hong Kong was struck by Typhoon Mangkhut. The most damaging storm to strike us in my memory was violent to the extent of bringing down an estimated 60,000 trees. The HK Observatory recorded winds of 250 kph. Old Peak Road was blocked by fallen trees and officially closed. Of course I ignored that and went up as usual. Shortly after the typhoon I heard a strange noise like a crying baby. I hunted around but could not find the source. On my way down later on I heard the same noise and this time I spotted a young man standing below me off the path. I walked down and with him was a baby Masked Palm Civet, Paguma larvata. The young man was just watching so I phoned for advice from the SPCA. They promised to pick up the deserted baby civet and take it to Kadoorie for rehab. It transpired the civet had lost its mum, who was found dead the following day. I stayed with Sebastian / Stephanie for 90 minutes until the rescuer arrived. I gave it water but no food as it had no teeth. The sad end to this is that after doing well at Kadoorie FBG for several weeks the baby had a heart attack and died one night. Spending that 90 minutes with a wild animal in distress moved me profoundly and it took me some time  to get over the death. Here then are some images of perhaps the most beautiful creature I have met (Mrs. Ha excepted of course). 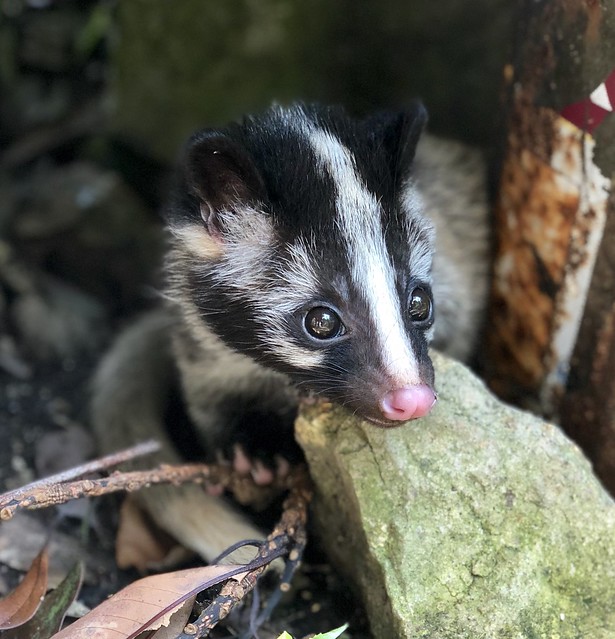 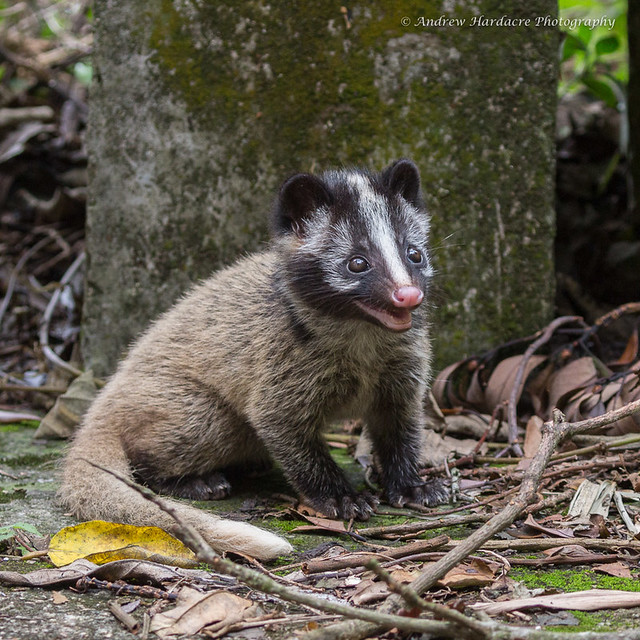 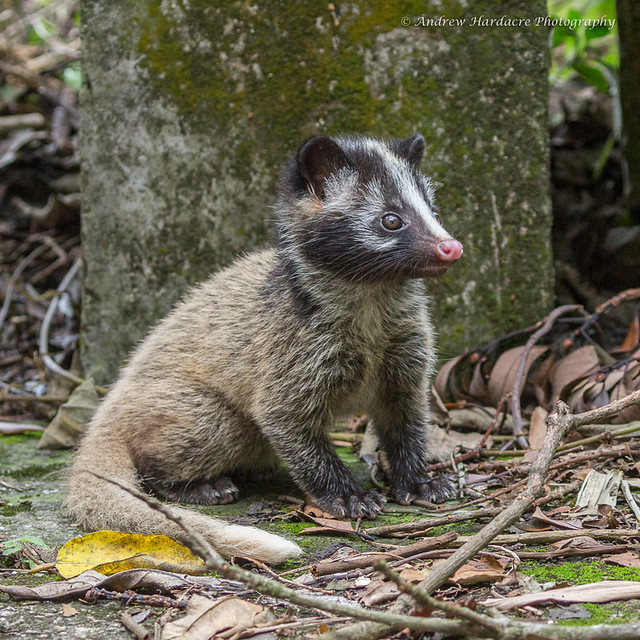 The top picture was taken with an iPhone. The kit rubbed against my legs and called constantly, lapping at my mineral water. These creatures are usually nocturnal and hard to see so you can tell what a privilege this was. I just wish it had survived.